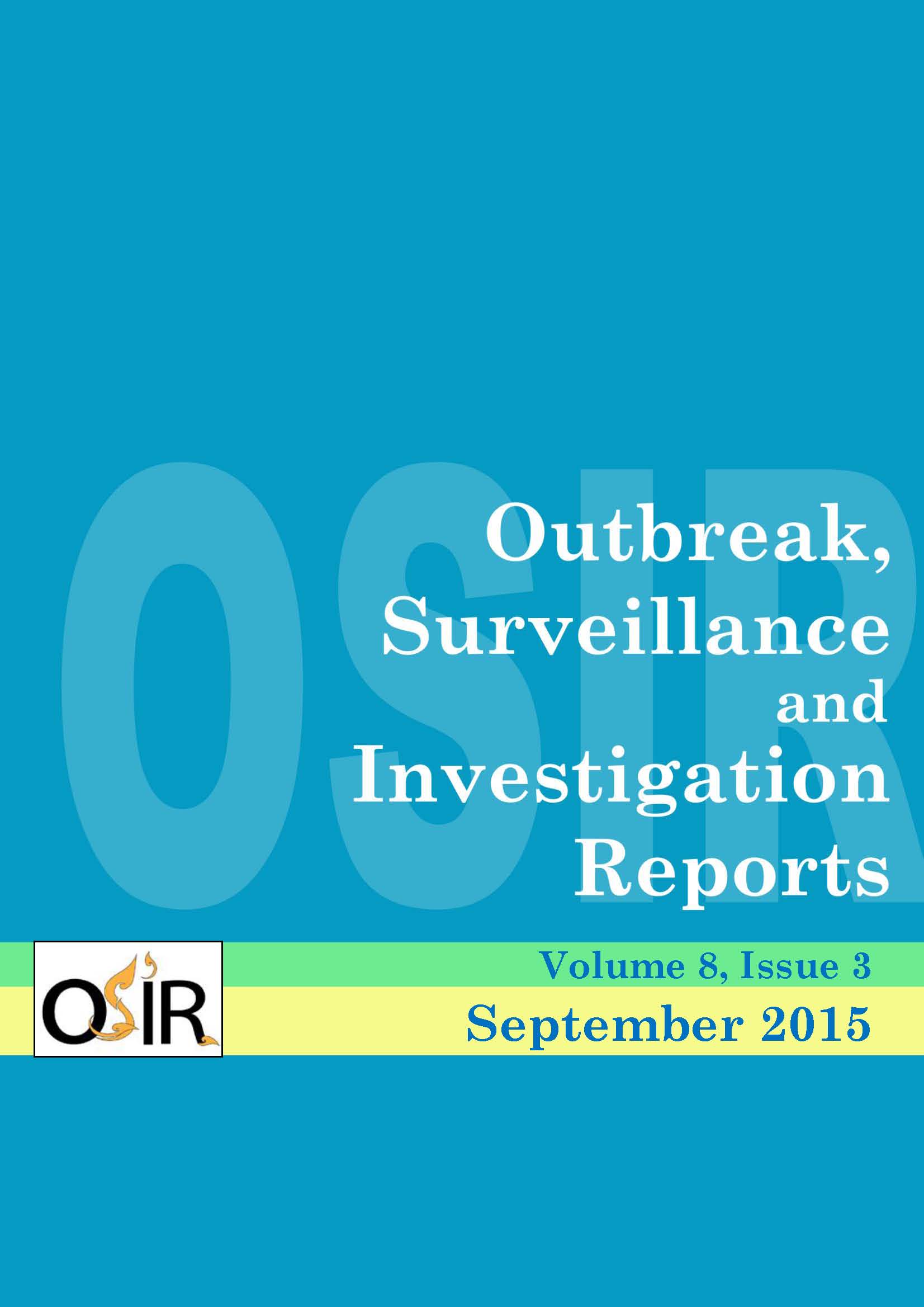 On 30 Jan 2014, a company employee in Samut Prakan Province developed severe pneumonia. Since many other employees also developed influenza-like illness (ILI), an investigation was conducted to describe the situation, identify risk factors and provide recommendations. Medical records and company employees’ medical notes were reviewed. Case definition for ILI was based on the guideline of World Health Organization. Probable ILI cases were randomly sampled to confirm influenza A(H1N1)pdm09 using real-time polymerase chain reaction. A retrospective cohort study was performed using a self-administered questionnaire and a walk-through survey of the company was conducted. Total 102 respondents (18.8%) reported having ILI and among them, two were diagnosed with pneumonia. Seven of 21 throat swab specimens were positive for an influenza virus strain that appeared to be influenza A(H1N1)pdm09. The highest reproductive number (R0) of this outbreak was 2.7 (95% CI=1.9-3.8). Risk factors for illness included attending the company party (adjusted OR = 9.1, 95% CI = 2.73-56.35, PAF = 0.86) and having contact with persons who developed ILI (adjusted OR = 2.7, 95% CI = 1.46-4.93, PAF = 0.24). This outbreak showed that the pandemic strain of influenza in 2009 became the circulating strain during 2014.