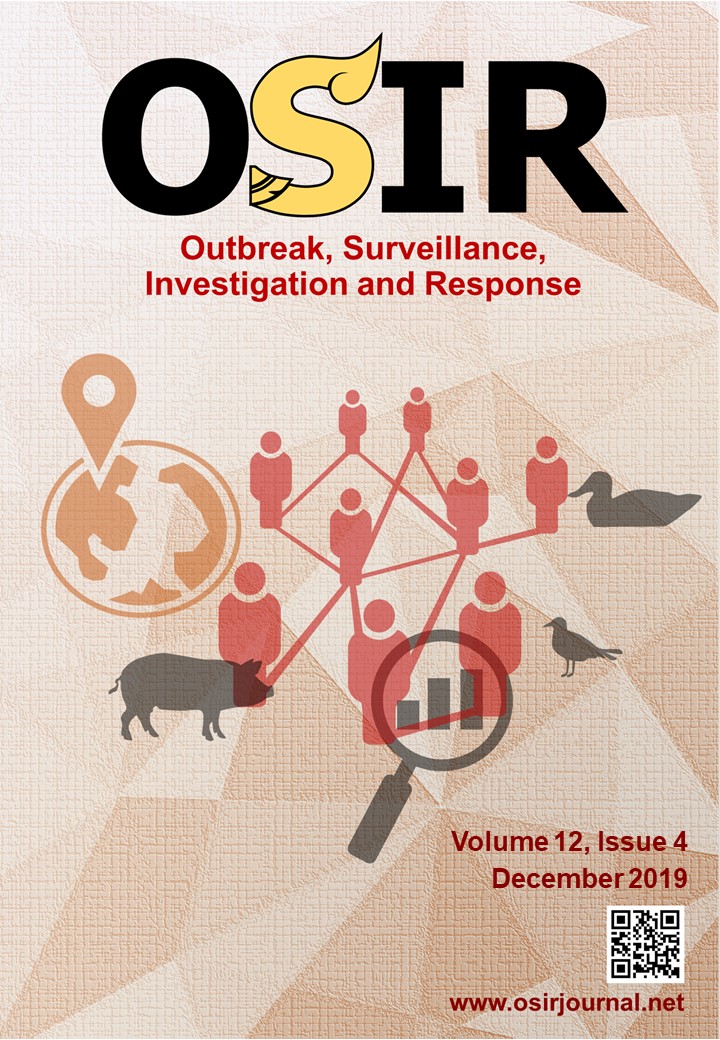 Evaluation of the syphilis surveillance system was conducted at Mae Sot Hospital, Mae Sot District, Tak Province, Thailand during 13-16 Aug 2019. The objectives of the evaluation were to describe the usefulness and to evaluate the performance of the system. A cross-sectional study was carried out to assess the reporting system of syphilis. Medical records were reviewed from all possible data sources. Semi-structured questionnaires were used for in-depth interviews with a policy maker, health care providers, laboratory technicians and information and technology personnel. The sensitivity of reporting syphilis cases into Thailand's national notifiable disease surveillance reporting system was about 67%, while the positive predictive value of reporting was reached 100%. The data quality of reporting reached almost 100%. The reported data represented the true cases in terms of sex and age. The majority of participants found the reporting system of syphilis cases to be useful, acceptable, simple and stable. The majority of missed reported cases were migrants. Incomplete diagnosis and coding were key concerns. The Epidemiology Unit at the hospital should analyze Thai and foreign cases separately to represent the true situation in the border area. Cooperation amongst within-hospital units for better capture of syphilis cases in hospital is recommended.