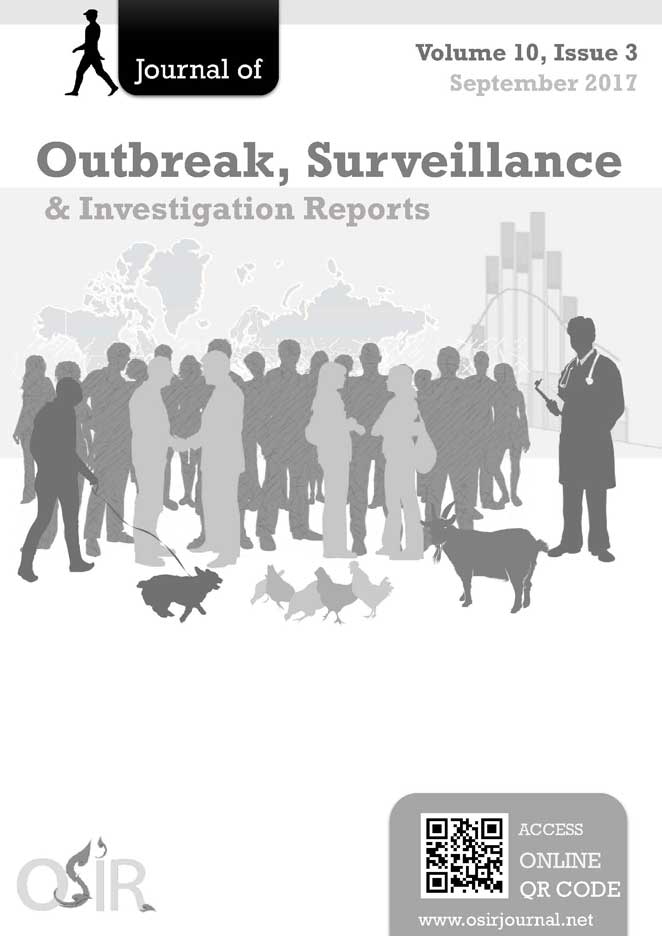 In October 2015, one confirmed human rabies case with many human and animal contacts were reported in a subdistrict of Chanthaburi Province. A joint human and animal health team conducted an investigation, including a survey on knowledge, attitude and practice (KAP) in two villages with confirmed animal rabies cases. The human case was scratched at the wrist and bitten at the calf by a stray dog. The wounds were merely washed with rice whisky. However, 77 days later, the case developed myalgia and rash, and thus, visited the subdistrict health promoting hospital. He later died in the provincial hospital. While 22 dogs were suspected for rabies, three of five were tested positive. Members of 149 households and 79 close contacts from the two villages were interviewed. Respondents from both villages had low scores of knowledge, attitude and practice on rabies as well as wound care. Prior to the outbreak, vaccine coverage resulted as 14.8% for owned dogs and 4.2% for cats. The phylogenetic lineage of the rabies virus found in the case was in a group commonly found in Thailand. Poor practice by the case and low KAP scores of the villagers indicated inadequate knowledge about rabies and post-exposure management. The coverage of rabies vaccine among domestic animals in the community was much lower than the requirement of 80%.