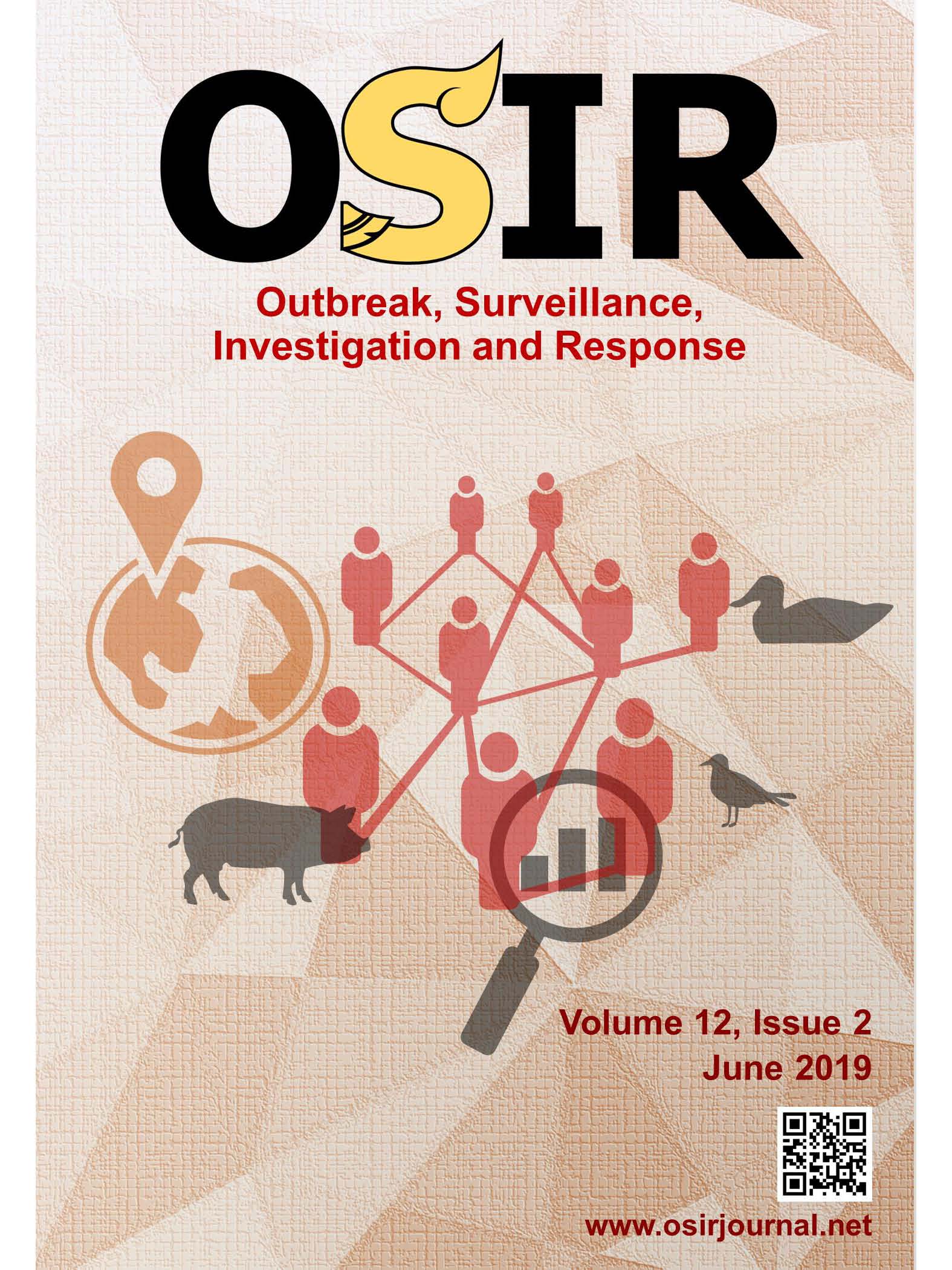 Scabies is a neglected contagious skin disease and mostly occurs in crowded environment. After an increase in scabies cases at a prison, an investigation team was deployed. The objectives were to describe the epidemiological characteristics of cases, identify risk factors for infection and implement control measures. We defined a scabies confirmed case as a person with at least one itchy skin lesion, and diagnosed as scabies by both a physician and a dermatologist. We inspected the prison environment and observed sanitation practices. A case-control study was conducted among male inmates to identify risk factors for scabies. The overall attack rate was 29.4% among inmates. All 251 confirmed cases were typical scabies and 250 were male. The environmental inspection revealed poor hygiene and overcrowded at men’s zones. Sharing a bedroom (Adjusted odds ratio AOR = 9.72, 95% CI = 5.33-17.73) and sharing clothes with cases (AOR = 3.61, 95% CI = 1.66-7.84) were significantly associated with having scabies. After interventions of setting scabies surveillance, separation of new comers, universal treatment for all inmates, and disinfection of bedrooms, bedding and clothes with detergents, no more new cases were found. Improving sanitation especially in bedrooms, enhancing scabies detection, and early interventions after case detection could help prevent scabies outbreak in prisons.
Keywords: Scabies, outbreak, prison, Thailand, control measure