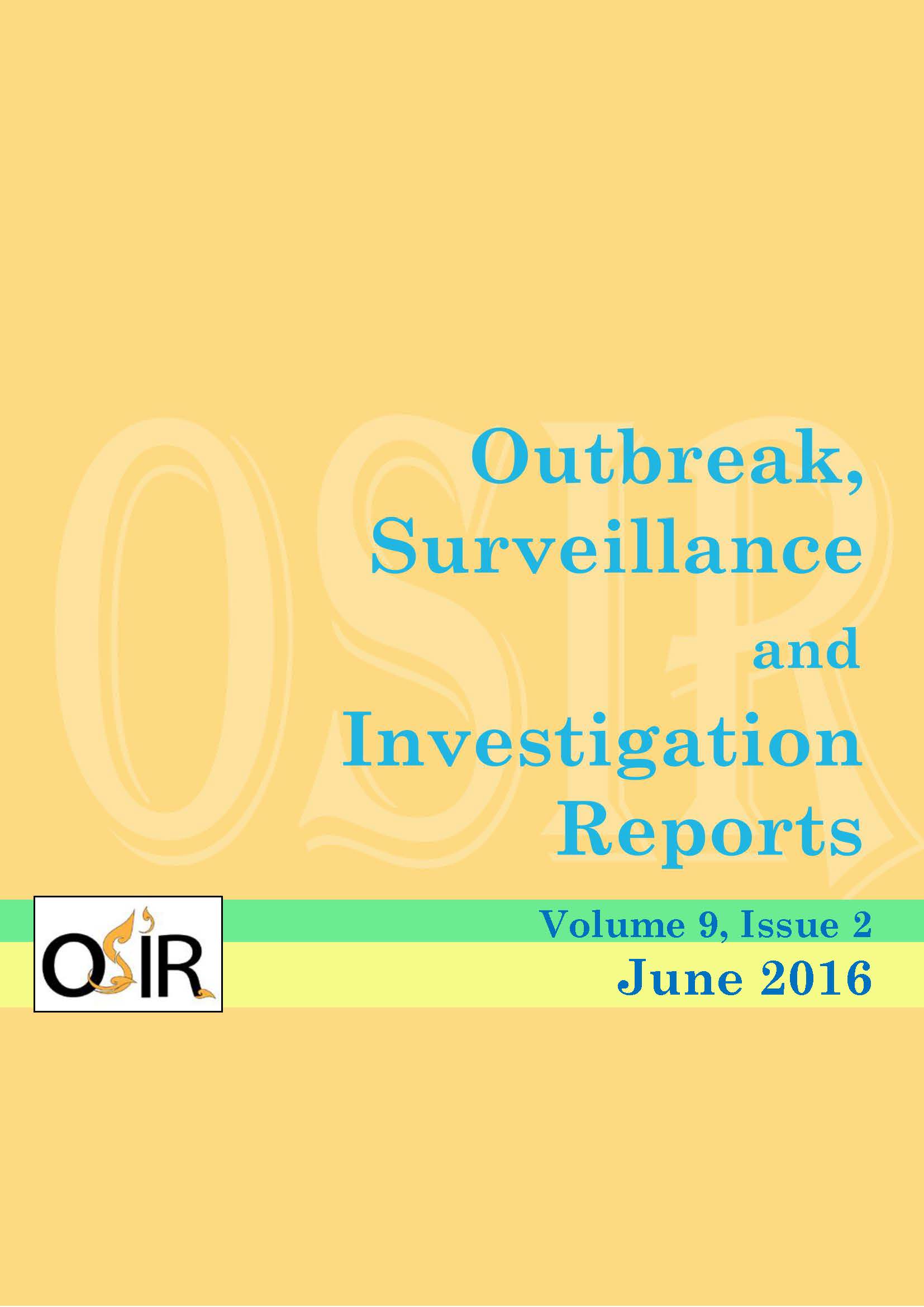 Abstract
Japanese Encephalitis is endemic in Rakhine State, western Myanmar. In July 2014, 27 patients were admitted to Sittwe General Hospital, Rakhine State. Few patients died and some patients were confirmed as having Japanese Encephalitis (JE) infection. An outbreak investigation was conducted in forty six villages of nine JE affected townships in Rakhine state. The objectives were to describe the outbreak and to identify potential risk factors, reservoir and vector of JE virus in Rakhine State. Active case findings, environmental and entomological study were performed. We found 49 JE suspected cases with 10 deaths. Among them, 21 cases were confirmed as Japanese encephalitis infection by positive immunoglobulin M (IgM) ELISA. Culex tritaeniorhynchus was found in most JE affected townships. Almost all villagers had no awareness about JE transmission and prevention. Our investigation underscored the importance of collaboration between human and animal doctors, the raising of knowledge and awareness about JE transmission and prevention before the rainy season in Rakhine State, and the need for more studies on usefulness of JE vaccination among high risk population.