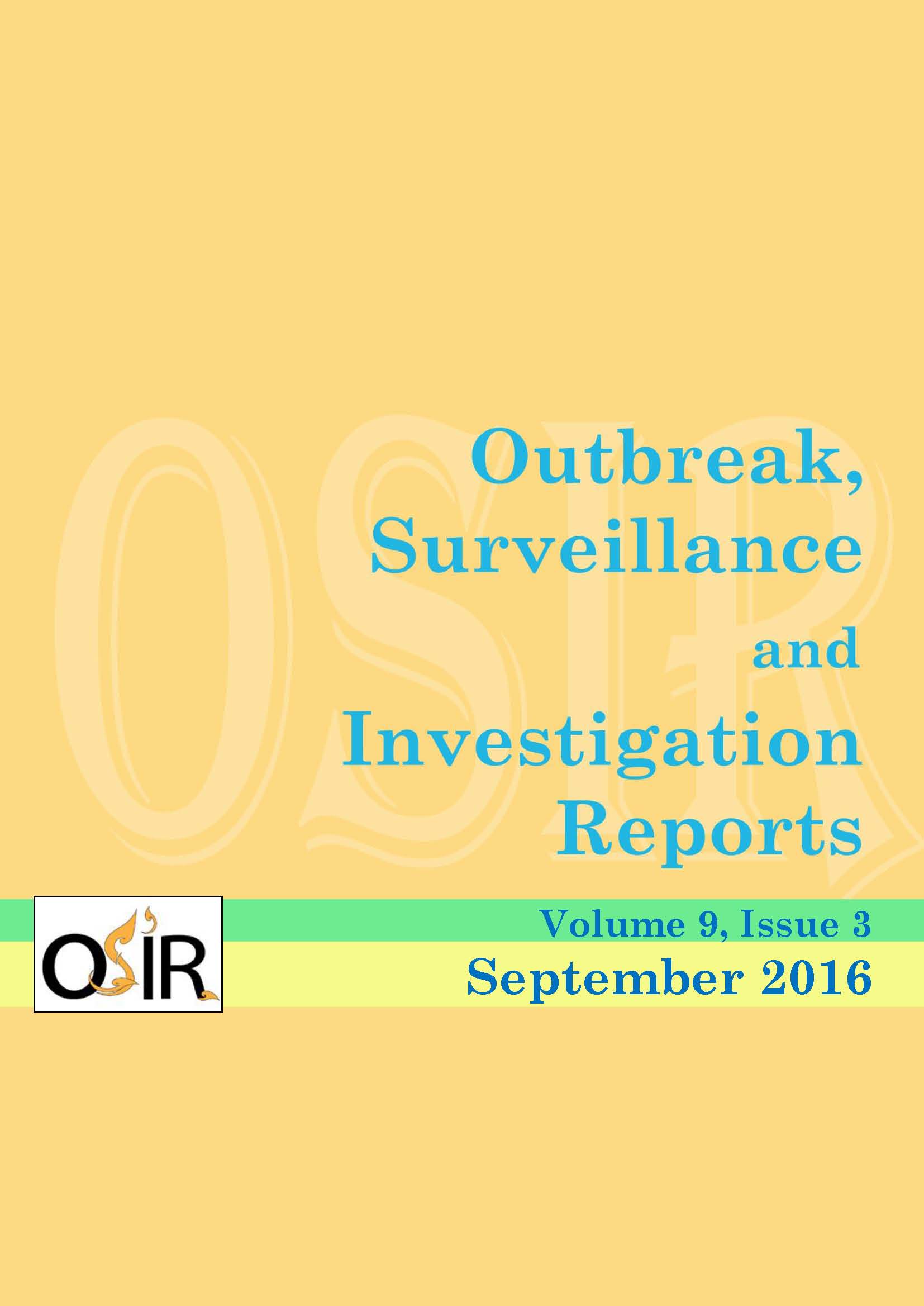 Malaria epidemic along Thai-Myanmar border is still an ongoing occurrence. We explored malaria surveillance systems in Mae Sot District in order to improve the detection and response efforts in the region. The main objective was to study effectiveness of the malaria surveillance systems at Thai-Myanmar border. Data were collected by reviewing medical records, interviewing personnel at operation levels and observing the surveillance sites. The reporting system under Bureau of Epidemiology (BOE) was hospital-based, with 76% coverage, 100% positive predictive value and 100% timeliness. It was acceptable and stable, yet less flexible. The reporting system of Bureau of Vector Borne Disease (BVBD), existed from the village level, was used to obtain information for malaria prevention and control. The reports were sent via online malaria database system. Its sustainability could be affected by withdrawal of the Global Fund. Information of both systems was closely linked at the hospital (district) level. At border areas, health personnel regularly shared information through buddy health volunteers from both countries. Collaboration between epidemiology and information technology units should be strengthened in BOE and the reporting forms should be simplified by BVBD. The central Thai government should consider how to sustain the malaria surveillance and response system in the long run.